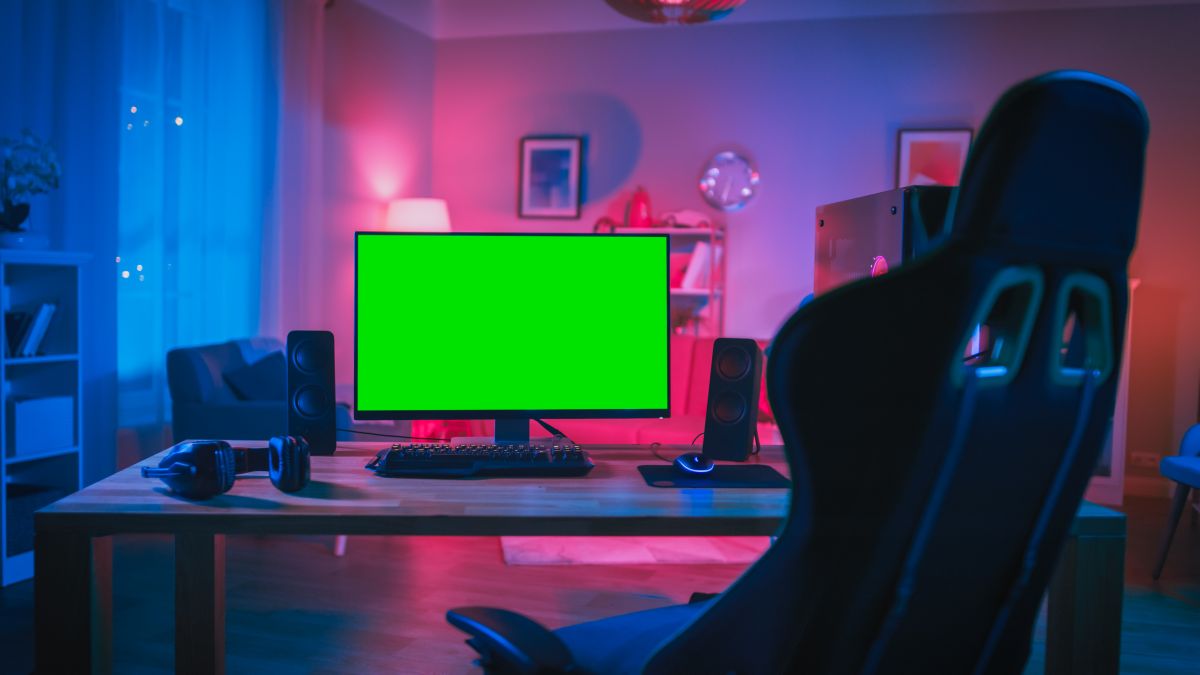 Should You Care if Your Monitor Is Certified G-Sync Compatible?

Your monitor may run G-Sync fine, even if it’s not Nvidia-certified.

If you want something that’ll fight screen tearing with your Nvidia graphics card right out of the box with satisfactory performance regardless of frame rates, official G-Sync Compatibility has its perks. To get why, it’s first important to understand what real Nvidia-certified G-Sync Compatibility is.

Each monitor that gets the G-Sync Compatible stamp not only goes through the vendor’s own testing, as well as testing required to get its original Adaptive-Sync (most likely FreeSync) certification, but also Nvidia testing on multiple samples. Most monitors that apply for G-Sync Compatibility fail -- the success rate is under 10%, according to Nvidia’s Sharma. Earning the certification is about more than just being able to turn G-Sync on in the GeForce Experience app.

In May, Nvidia announced that only 28 (5.6%) of the 503 Adaptive-Sync monitors it tested for its G-Sync Compatibility program passed its tests. Apparently, 273 failed because their variable refresh rate (VRR) range wasn’t at least 2.4:1 (lowest refresh rate to highest refresh rate). At the time, Nvidia said this meant gamers were unlikely to get any of the benefits of VRR. Another 202 failed over image quality problems, such as flickering or blanking. “This could range in severity, from the monitor cutting out during gameplay (sure to get you killed in PvP MP games), to requiring power cycling and Control Panel changes every single time,” Nvidia explained. The remaining 33 monitors failed simply because they were no longer available.

“Some were okay, some were good, but many were just outright bad. And when I say bad, it's that the visual experience was very poor,” Sharma said. “And people would see things like extreme flicker in games, they’d see corruption on the stream, they've had difficulty enabling [VRR]. The supported VRR range would be really small.”

Some of what Nvidia looks for when determining G-Sync Compatibility may be important to you too. Take the first thing Nvidia tests for: VRR range. In a G-Sync Compatible monitor, the maximum refresh rate of its VRR range divided by the lowest support refresh rate in the VRR must be 2.4 or higher. For example, a 120 Hz monitor should have a VRR range of 40-120 Hz (120 divided by 40 is 3, which is greater than 2.4. If the minimum range went up to 55 Hz, the quotient would be 2.2, which is higher than Nvidia’s 2.4 minimum).

“We're kind of sticklers on that because when you look at FPS output from games, it's variable,” Sharma said. “Very few games if any output consistently at a fixed rate … They vary all over the place, depending on how complex the scene is.”

With G-Sync Compatible certification, your monitor’s guaranteed to run Nvidia VRR at the monitor’s maximum refresh rate, but that’s not the case with non-certified monitors, and the issue’s even worse if the monitor’s overclocked.

There should also be no flickering, which happens when the monitor changes brightness levels at different refresh rates, a common characteristic of LCD panels, Sharma said. In our own testing, we’ve found that running G-Sync on a non-certified monitor sometimes results in a lot of flickering in windowed screens.

Nvidia also looks for “corruption artifacts,” according to the exec, and VRR must be enabled by default without having to go into the on-screen display (OSD) or any PC settings.

Of course, Nvidia also has testers take G-Sync Compatible prospects for a test drive, Nvidia will typically look at 2-3 samples typically per display but that number can also be as high as 6, depending on the screen and its “characteristics,” as Sharma put it. The process typically takes about 4 weeks for both existing and new monitors but that timeframe may have increased a bit of late, due to the pandemic (Nvidia’s certification process requires in-person testing).
Olennaiset kappaleet lihavoituna.


""Digital Foundry made a critical mistake with their Kingshunt FSR Testing - TAAU apparently disables Depth of Field. Depth of Field causes the character model to look blurry even at Native settings (no upscaling)"

Digital Foundry made a critical mistake with their Kingshunt FSR Testing - TAAU apparently disables Depth of Field. Depth of Field causes the character model to look blurry even at Native settings (no upscaling)


""Digital Foundry made a critical mistake with their Kingshunt FSR Testing - TAAU apparently disables Depth of Field. Depth of Field causes the character model to look blurry even at Native settings (no upscaling)"

Digital Foundry made a critical mistake with their Kingshunt FSR Testing - TAAU apparently disables Depth of Field. Depth of Field causes the character model to look blurry even at Native settings (no upscaling)
Napsauta laajentaaksesi...

"So when r.TemporalAA.Upsampling=1, it basically forces r.DOF.Recombine.Quality=0 that looses the slight DOF convolution, and that is due to DiaphragmDOF.cpp’s bSupportsSlightOutOfFocus. There needs to have some changes in the handling of the slight out of convolution (about 5pixels and below) when doing temporal upsampling that I didn’t have time to come down to. And we were only using temporal upsampling on current gen consoles. Wasn’t a big deal back then because if your frame would need to be temporally upsampled, that probably meant you didn’t have the performance to run DOF’s slight out of focus… However we exactly ran into this issue for our Lumen in the Land of Nanite demo running on PS5, but it is still prototype and I’m not sure whether I’m gonna have this finished by 4.26’s release. But yeah given how temporal upsampling is going to become important, it’s definitely something to fix very high on the priority list. "