If you want to join with me in creating something new, something amazing...if you want unparalleled access to behind the scenes material from shows and other work I've done in the past, and exclusive sneak peeks at series/books/new projects yet to come...if you want to learn the techniques needed to become a writer for TV, film, comics, novels and audio dramas in a workshop environment...if you want to help shape what projects I do next in those arenas, and be directly involved in their development...and even receive credit on some of those forthcoming projects...here's where it all starts.

Over the course of thirty years and almost 90,000 online posts, I’ve given fans a peek into the process of working in movies, TV series, animation, comics and the like. The ups and downs, the false starts, the great triumphs…it’s been quite a ride. But it’s also been a bit one-sided.

So now, for the first time, I’m taking this to the next level and inviting those who’ve followed my work over the years to go from hearing about what’s going on to becoming participants in that process. And along the way, I get to pass along what I know about writing and producing to the next generation of dreamers to encourage them to follow their own creative paths.

For those who may not recognize the name on this account, there’s a 100% chance that you’ve seen my work or heard of it. In TV I’ve written, produced and created shows ranging from my early work on animated series like He-Man, She-Ra and The Real Ghostbusters before launching into live-action television on The Twilight Zone and Murder She Wrote, then creating and show-running such series as Babylon 5, Jeremiah and most recently, Sense8 for Netflix. My first major movie was Changeling, directed by Clint Eastwood, after which I worked on such films as Underworld Awakening, World War Z and the first Thor movie.

I’ve also worked in comics for twenty years including a six year run on The Amazing Spider-Man, as well as writing for Superman and creating my own books, such as Midnight Nation and Rising Stars. In total, my comics work has sold over 12 million individual copies worldwide, and my graphic novels have often ended up on the New York Times Best-Seller list.

I’ve won the Hugo Award (twice), the Saturn Award, the Eisner Award, the Inkpot Lifetime Achievement Award, two Emmys (courtesy of B5), and literally dozens of others, in addition to being nominated for a BAFTA Award (the British equivalent of an Oscar) for Changeling.

That’s who I am. Now let’s get to what I want to do with Patreon.

Writers in Hollywood are necessary to the production process, but once the script is finished, you have no control over what happens next, or if anything happens with it at all. A new take on Forbidden Planet I wrote in collaboration with James Cameron got caught in internal studio politics and sits on a shelf. Similar circumstances stalled an adaptation of Lensman that I wrote for Ron Howard to direct.

And there can be issues even when thing do go into production, because many studio executives still don’t take science fiction, fantasy or horror seriously. They either think it’s a kid’s genre, or that SF is too complicated for an audience they consider little more than ambulatory meat with wallets.

For this reason, I created and self-funded Studio JMS a few years ago as a place where I could make the kinds of projects I wanted to make, both as a producer and a fan of the genre, with minimal interference. Studio JMS went on to publish the Joe’s Comics imprint from Image Comics, and was one of the studios of record for Sense8.

But self-funding has its limitations, and all too often there weren’t the resources needed to option books, hire line producers to work up budgets, casting directors to line up potential actors, commission artists to produce look-books with illustrations for TV projects under development, rent studio space, hire actors and engineers to record audio dramas, rent camera equipment and hire crews to shoot demos, short films and videos.

So I'm going back to the beginning, to Synthetic Worlds, my company of record that produced Babylon 5. This is where the dream started, so I'm calling it back to active duty.

And I’ve decided to take on a partner: You. All of you.

Opening the door to a partnership with the fan community will bring Synthetic Worlds to life in new and exciting ways. It's a partnership that will put you right there next to me on the front lines, fighting for quality storytelling and building something that will endure.

Together we can build a library of SF, fantasy and horror projects in every medium, from print to TV, movies, short films, online and audio. Stories for smart audiences free from the tyranny of studios or networks that Simply Don’t Get It.

You will see, and be directly involved with, the past, present and future of my work in ways that I’ve never permitted before in an online capacity. You will learn why things are done the way they are done, how they are done and, for those who go for the writing tier, learn in great detail how TV series, movies, comics and other stories are written, sold and produced.

Which is why there's a special tier for those of you who want to become writers.

Ever since the original publication of The Complete Book of Scriptwriting, I’ve had writers now working in TV and film tell me that they cut their teeth as writers with that book, which gave them the tools they needed to become working professionals.

That was phase one. This is phase two, and it will be up-close and personal.

I think it's essential for any artist to pass along what they know about their art to the next bunch coming up the escalator, so for those in the writer's tier this will be an opportunity for me to teach everything I know about writing and producing, not just in lecture form, but in videos and direct interaction and critiquing.

And for a select few, this is the chance to become a literal part of Synthetic Worlds. We will video-conference, meet in person (when possible) several times per year, and patrons at tier will receive credit on projects fully or mostly funded by Synthetic Worlds.

Honesty compels me to say that this will take time. This isn’t like Kickstarting one particular project. We are creating something substantial, and that process won’t happen overnight. The whole of the entertainment industry is built on uncertainty. In one universe, we create the next Bad Robot. In another, we get some smaller things produced but done with a level of quality that makes everyone proud to have been involved. And there is always that third universe where we flame out.

Initial funds will be used to option books, develop new projects for TV and film, produce audio dramas and perhaps even some short films. As more funds come in, we can become more ambitious, producing the optioned works, hiring artists to produce concept art for movies and TV series, and hiring cast and crew to make longer films or other media projects. We will grow in direct proportion to our resources; the more ambitious you are, the more adventurous I can be.

Who knows, if enough folks show up, maybe we can finally make a Babylon 5 feature film (for which I control the rights).

In sum: you will be the first to hear about new projects, able to read scripts old and new, see reels and promo art for projects in development, receive valuable lessons about working as a writer in TV, vote on various projects, have your work critiqued, see firsthand the creative process in TV, movies, print and audio, read blog entries that will only appear here, get exclusive peeks into what's coming next, and unparalleled access to behind-the-scenes glimpses into works past, present and future, learn how become published/produced writers yourselves, take part in video chats where it's just me and the collective thee, and for a select few, receive credits on select projects produced by Synthetic Worlds.

You know my work; you know what I’ve done and what I can do. You know that I’ve fought tooth-and-nail for the quality and integrity of the work. This is our chance to create something for the next generation of audiences and storytellers.

I've been with you, and you've been with me, for thirty years. Let's finish together what we began together, and create new universes for a new generation of fans.

That chance, that dream, doesn’t come along every day.

Become a patron of J. Michael Straczynski today: Get access to exclusive content and experiences on the world’s largest membership platform for artists and creators.

Babylon 5 Actors/Actresses/Personnel Who Have Died - IMDb

Babylon 5 Actors/Actresses/Personnel Who Have Died Hollywood accounting is not restricted to motion pictures. An example is the Warner Bros.television series Babylon 5 created by J. Michael Straczynski. Straczynski, who wrote 90 % of the episodes in addition to producing the show, would receive a generous cut of profits if not for Hollywood accounting. The series, which was profitable in each of its five seasons from 1993– 1998, has accumulated more than US$ 1 billion for Warner Bros., most recently US$ 500 million in DVD sales solely. But in the last earnings declaration given to Straczynski, Warner Bros. declared the property was $80 million in liability.

analysesoffinance.blogspot.com
"Basically", says Straczynski, "by the terms of my contract, if a set on a WB movie burns down in Botswana, they can charge it against B5's profits."
Viimeksi muokattu: 08.05.2020 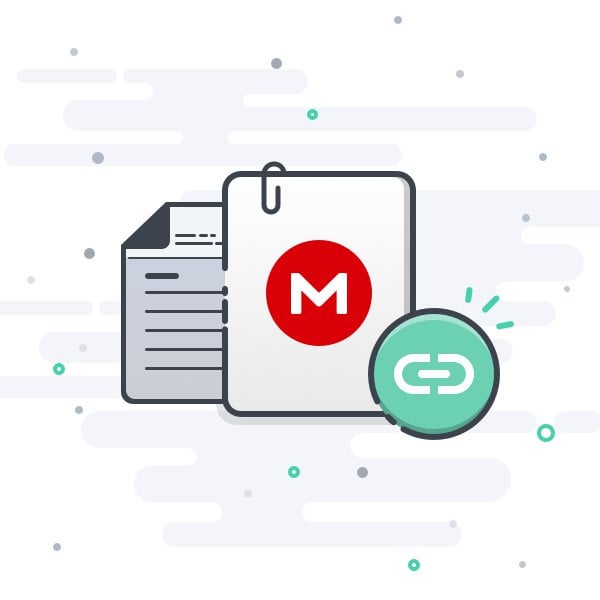 I've finally completed my Babylon 5 tv-to-film series! A 22 film monster of a fan edit which truncates the entire television series to the core story arc! The film series was designed with first time viewers in mind so there are no strange story gaps or required viewing outside of this fan edit. Having said that, there are some great character moments and world building that have ended up on the cutting room floor.

How Much Has Been Cut?
I've cut about 45% out of the series entirely with a large amount coming from the first two seasons. If you want to get into some specific numbers, here's what has been cut:

Also, we’re starting to hear rumors that Warner Bros. Home Entertainment is cooking up a Blu-ray release of the classic Babylon 5 TV series, which would presumably involve some kind of upsampling and remastering. But a number of European retailers have set a Babylon 5: Complete Collection for tentative Blu-ray release in March. We’ll keep our eyes on this and post as we learn more.
Napsauta laajentaaksesi...

Our reviews of Lord of the Rings & Hobbit in 4K are up, plus upcoming title news, Cyber Monday sales & more

Afternoon, everyone and happy Cyber Monday. We hope you’ve all had a happy and safe Thanksgiving holiday, for those of you here in the States. And for everyone else, we hope you had a great weekend. We were very busy here at The Bits over the weekend. I’ve completed our in-depth review of Peter...