The Shenzhen-based company made the greatest strides in its consumer device business, which includes smartphones and tablets. It recorded a 73 percent boost in annual revenues from the previous year to 129.1 billion yuan, a testament to "Huawei's growing influence as a consumer brand," the tech firm said.https://www.google.fi/amp/www.cnbc....-see-stronger-revenue-growth-net-profits.html
Napsauta laajentaaksesi...

"The Snapdragon 835 won't be available in large quantities until after the Galaxy S8 launches"...

...the release of the Galaxy S8, which I've been told by the same source will be April 14 in South Korea.
Napsauta laajentaaksesi...

Besides the earlier Nexus phones (and Nexus tablets), Google has mostly implemented Qualcomm chipsets into their devices. That may change with the second generation Pixel devices, as 9to5Google is reporting has built test models running chipsets manufactured by companies other than Qualcomm. The source states that Intel chips are currently being tested, but it is unclear which Intel chip is being used. Furthermore, the source states that MediaTek chips were once under consideration, but those deals have since fallen by the wayside.

Interestingly, the report also states that Google has been testing its own custom chipset internally (as waspreviously reported), but it is not currently known if this chip is being used in one of the second generation Pixel test devices. Of course, given the fact that these rumors are so far off time-wise from the expected release date, it is possible that none of these rumors come to fruition. Google could, for instance, opt to use the Snapdragon 835 as we would expect. It would be interesting to see if Google shies away from using Qualcomm chipsets, but we won’t hold our breaths on the matter.
Napsauta laajentaaksesi...

Oneplus tosin taitaa taas huijata
Benchmark Cheating Strikes Back: How OnePlus and Others Got Caught Red-Handed, and What They've Done About it

Stunned sanoi:
Oneplus tosin taitaa taas huijata
Benchmark Cheating Strikes Back: How OnePlus and Others Got Caught Red-Handed, and What They've Done About it
Napsauta laajentaaksesi...

From our testing, it appears that this has been a “feature” of Hydrogen OS for quite a while now, and was not added to Oxygen OS until the community builds leading up to the Nougat release...

...OnePlus swiftly promised to stop targeting benchmarking apps with their benchmark cheating, but still intend to keep it for games (which also get benchmarked). In a future build of OxygenOS, this mechanism will not be triggered by benchmarks.
Napsauta laajentaaksesi...

...Many of the biggest benefits of investing in improving a device’s software don’t always show up on benchmarks, with OnePlus offering excellent real world performance in their devices.
Napsauta laajentaaksesi...

Leadcore is an upcoming Chinese designer of SoCs for smartphones that has been on focusing on the TD cellular standards primarily used in China, and also offers tablet chips with integrated modem. Although still a relatively small player, its designs show evidence of good product planning with efficient, cost-effective solutions and the company has attracted the attention of Xiaomi, which is rumoured to be interested in acquiring a majority stake in the company.

On paper, the LC1913 appears to be a cost-effective chip for tablets with integrated 3G connectivity, being similar to MediaTek's MT8382 but on a 40nm instead of a 28nm process. I have not yet located any entries using this chip in the Geekbench database. The hexa-core LC1960, which most likely has a dual-channel external memory interface like the LC1860 for smartphones, promises to be a reasonably balanced, efficient design that provides good but low-power CPU performance while addressing performance bottlenecks with the use of a dual-channel memory interface, potentially making it suitable for higher resolution screens (but see note below about fillrate of the Mali-T628 MP2 GPU). Although the dual-channel memory increases PCB cost, the SoC has the hallmarks of being relatively low-cost and the wide memory interface may in fact contribute to increased power efficiency because of the reduction in memory transaction duration. This is one of the first chips to combine a wide memory interface with a relatively efficient CPU configuration (most existing chips with dual-channel memory tend to be high-end designs using heavy, performance-oriented CPU cores such as Cortex-A15, Krait-400 or Cortex-A57 as well as heavy GPUs).

The Mali-T628 MP2 GPU clocked at about 690 MHz inside the L1960 provides greatly improved triangle throughput (173 Mtri/s) when compared to the Mali-400 from typical low-end SoCs, as well as OpenGL 3.x support. However, the MP2 configuration limits pixel throughput to 1380 MPix/s, equivalent to Mali-400 MP2 or 450 MP2 clocked at the same frequency. Since comparable GPUs used by competitors (such as Mali-450 MP4 used by MediaTek and HiSilicon and Mali-T628 MP4 and MP6 used by HiSilicon and Samsung) have at least double the amount of GPU cores and thus twice the pixel rate at the same clock frequency, and are already relatively limited in fill-rate when compared to high-end GPUs from competitors, it remains to be seen how much of a bottleneck this willl be in practice. Game performance is likely to be severely impacted at higher screen resolutions.
Napsauta laajentaaksesi... 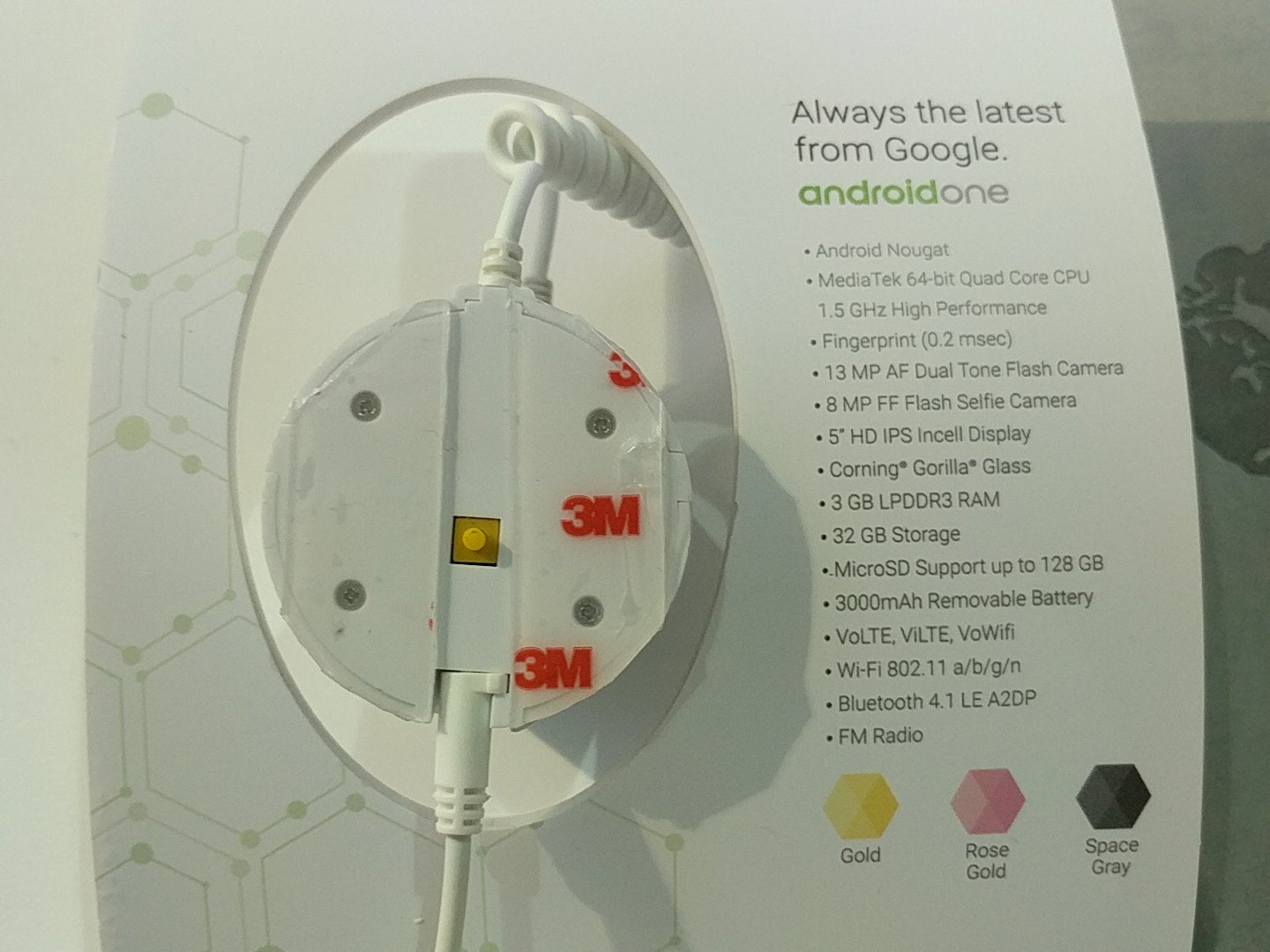 Executive Vice President & Co-COO Jeffrey Ju stated that MediaTek expects only a limited number of phones to use the Helio X30, perhaps less than ten. He also mentioned that a low yield rate for TSMC’s 10nm process has delayed the X30’s availability.
Napsauta laajentaaksesi...

The sale of the Shanghai factory will not impact HTC’s smartphone business, the company said.

Established in 2009, the facility mainly produced phones for the Chinese market. At its height in 2011, it churned out two million mobile devices every month, but starting in 2013 most of its assembly lines went out of production due to decreasing demand. Rumors about a sale of the Shanghai facility first emerged in August 2015, but HTC denied it planned to offload it.

Facing dwindling sales, HTC has been cutting workforce and closing down production lines for the past five years. The company outsourced much of its production to contract manufacturers like Compal Electronics or Wingtech.

Anandtech sanoi:
Kryo 280’s efficiency cluster reaches a peak frequency of 1.9GHz, while the performance cluster tops out at 2.45GHz, which seems a bit conservative. According to ARM, the A73 is comfortable running between 2.6GHz to 2.8GHz when using the 14/16nm node. This number could be even higher using Samsung’s new 10nm process, which the Snapdragon 835 uses. There are a few possible explanations that come to mind: Kryo 280’s performance cores are based on the A72 instead of the A73; the changes Qualcomm made, particularly the ones to increase the instruction window size, are limiting the peak frequency; more of the thermal budget is being used for the GPU; or Qualcomm is prioritizing battery life over peak performance. I suspect there’s still some headroom available, leaving the door open for a Snapdragon 835 variant with higher CPU frequencies later this summer.
Napsauta laajentaaksesi...

xda sanoi:
Moreover, with the changes to the architecture of the CPU, some of the features Qualcomm provided in the 821 that enhanced real-world performance, such as the boost-mode (CPU maxing) triggered by opening applications and other user inputs, will not make their way to this new chipset. It’s understandable, given that this is a vastly asymmetric chipset and that specific functionality in particular wouldn’t lend itself to work as well as it did on a quad-core chipsets with homogeneous cores.
Napsauta laajentaaksesi...

xda sanoi:
Senior Director Travis Lenier, for example, explained to me that power efficiency was a core goal for the Snapdragon 835 and that while they could have pushed for even higher performance under their configuration, they think they struck a balance that should favor yearly improvements on battery efficiency slightly higher than the yearly performance improvements.
Napsauta laajentaaksesi... The Korea Fair Trade Commission feels that Qualcomm has violated the country’s antitrust laws by limiting competing chip makers’ access to its patents. The commission also feels that Qualcomm ended up forcing smartphone OEMs into unfair license agreements by refusing to supply important chips for phones to companies who didn’t agree with their terms (which includes purchasing licenses the OEM didn’t need). Lastly, they’re accused of using their market position as a leveraging tool in an attempt to force smartphone OEMs into accepting unfair terms.
Napsauta laajentaaksesi...