jannesBB sanoi:
It's very true that the game was more fun, and incidentally, more popular earlier on, as evidenced by the amount of active players and player feedback. We're listening, and due to this we've decided to adjust the direction of the game, and we've already started making changes which will make the game more accessible and fun. Much more content is already in the pipeline, due to be released before the game is completed the next year.

We also have an exciting announcement to make before the holidays, something which will secure us more marketing muscle and ensure that the game reaches a larger audience, making it a better exprerience for everyone. Stay tuned.
Napsauta laajentaaksesi...


jannesBB sanoi:
Making the game more fun again doesn't mean we're aiming for full-on arcade handling model like in Build 6. We're still going to leverage the full potential of our improved physics engine but the goal is to make racing more accessible and engaging, without all kinds of weirdness going on when taking corners, driving off-road or crashing into other players. Also, the cars will be modified to be more like purpose-built race cars so racing even with low-spec cars will be more rewarding. Speaking of crashes, a big part of our plans is to also make crashes more satisfying to inject more action into the gameplay.

We're going to be running a survey soon to gauge everyone's opinion.

Jukka Merikanto sanoi:
This is our wall of track production: or should I say hallway of track production: 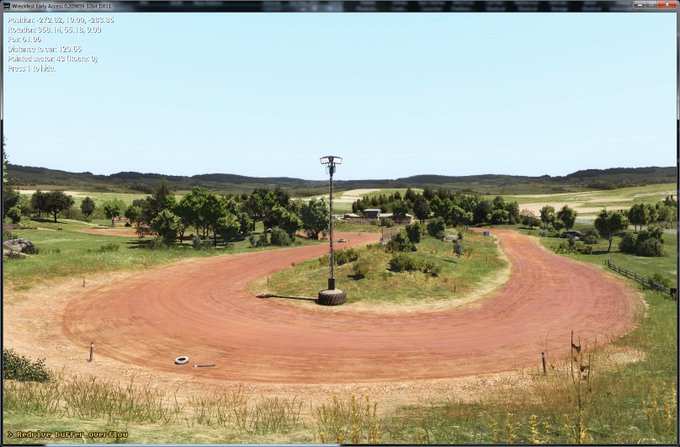 As many of you are aware, Wreckfest has been in Early Access for a considerable time. Even though there have been numerous significant improvements along the way that will make the game indefinitely better in the end, understandably some of you have been concerned that the final game will never see the light of the day. We understand this and would like to address these concerns with this statement: Wreckfest always has been and always will be our first-priority project, and we are 100% committed to create a game where all of us (you, our faithful supporters, and us, as its developers) will be proud of. As a further sign of our commitment, we would also like to share the upcoming steps with you:

Since we’re now approaching the last leg of the development, we need renewed focus, and now it’s the perfect time to play the game and participate in the development by submitting feedback to us. We can’t stress enough how much your feedback means to us. We will be adding new features and content in the next months to come, and by giving feedback, you can help shape the game in a meaningful way!

To kick things off, we’ve created a survey to gauge your feedback. If you haven’t participated yet, please make sure to do that now. And even if you have, please check back after testing the latest update to give us your opinion about it. The survey can be accessed by directing your browser here. Let your voice be heard!

Now that all the hard facts on our end are on the table, let’s move on to the juicy stuff: the latest update! In this update, we’ve concentrated on improving the gameplay and ironing out pesky little issues you’ve been reporting. For example, cars are now less prone to being thrown sky-high after landing a jump, rollovers are more forceful, and so on. AI also offers a much more rewarding racing experience now, thanks to being given more situational awareness and heaps of badass attitude. Controllers and driving assists have also been improved – if something feels off, please try resetting your advanced controller settings to default. Oh, and there’s one pretty neat little feature: check out what happens when you crash into a slow-going AI car flat-out!

Content-wise, this build introduces a reworked Gravel track with cleaner geometry, more rolling terrain and generally just better gameplay. While not yet polished, the reworked track also gives you a first look at our new environment set called Fields that will also be used for some other tracks. It represents a US Mid-Western environment will rolling hills, open fields and some urban structures. All in all, we think it will be a perfect match for bringing our kind of high-action racing stateside!

Another piece of new content is a banger version our trusted American 2 sedan, aptly nicknamed Rammer! Rammer is a special kind of car because it features an alternative handling model for you to try. We’d love to hear what you think of it and whether it’s something that you’d like us to pursue further. As intimidating as Rammer looks on track you’re probably wondering why there haven’t been completely new cars for a while, and that’s a very valid question. The reason for that is that we’re currently implementing visual upgrades (rims, derby parts, cool stuff like that!) to the game and introducing completely new cars at this point would mean a significant amount of work that we would have to throw away and redo after the upgrades are in. So, hold on for a bit longer for completely new cars!

As always, thanks for your support, don’t forget to give feedback and happy wrecking!
Napsauta laajentaaksesi...