Old studded tires are dangerous
PUBLISHED: 15 OCT 2010, 10:44 AM
New studded tires provide a grip on ice that is superior to all other tire types, but the grip does not last long, according to Teknikens Värld's tests.

The best studded tires provide a grip on shiny ice that is difficult to beat - a real safety reserve, you could say. But that reserve does not stay fresh in the long run, the results from our tests of three new and three used tires show. We wanted to see how the three different tire types studded, Nordic studless and Central European studless performed as used - partly against their new counterparts and partly against each other. Therefore, we let the used winter tires roll with in the big winter tire test, which you can download here (2010 test on the link. Current winter tire test can be found instead here). And the results could not have been clearer. In the tests on ice, it is precisely the studded tire that has lost the most performance - so much so that a used Nordic studless tire works at least as well. The test results indicate that the stud is a fresh product to a far greater extent than has previously been known. But it's not just about how the stud itself wears, but how the attachment to the tire holds up over time and how many studs the tire loses during normal driving.


There is no doubt that the studded tire ages faster and loses performance to a greater degree than its studless alternatives.
We took the three winning models from last year's tire test - three winners who all turned out to come from Continental. Studded ContiWinterViking 2, Nordic studless ContiVikingContact 5 and Central European studless ContiWinterContact TS830. The just-studded ContiWinterViking 2 has recently been replaced by the new ContiIceContact studded tire, but we chose to run the two tires against each other anyway because reality looks like this: both tires have proven to have equally fantastic ice and snow performance as new. Many of the competitors from last year's big winter tire test remain in this year's big test and the reference values are as clear as ever. Continental has not taken huge steps forward with its new studded tire, rather it is about small nuance differences.

At the same time, Continental may be somewhat on track with its new tire as it is the first to have studs that are glued to its holes. This could have a big impact on how the tire behaves as used, but we will come back when we can test them as yearlings.

The three used tire sets have rolled 10,000 km each, which corresponds to approximately two seasons of use for a normal motorist. The wear is even and it has fallen out of a few studs along the road - about what to expect after your tires have rolled one winter season. At first glance, it is noticeable that many of the sharp edges in the tire's pattern, which characterize a new tire, have been rounded off. Wear is also visible around the studs, the edges around the stud hole are notched here and there. The wear looks exactly the same with the studless alternatives and the tread depths for the three tires are shown in the table.

A clear advantage with studded, but for the used tires it will be different. The studded tire suddenly performs worse than the Nordic studless one and has lost almost a fifth of its braking capacity. The Nordic stud-free has lost seven percent and the Central European is only marginally worse than its new counterpart.

When we test braking performance on snow surfaces, where the stud does not play the same role, the results follow a different pattern. Here it is the tire pattern that does the job - the studded and Nordic studless perform equally well as they lose extremely little of their capacity as used. This also applies to Central Europe.

When we test road properties on the ice-covered test track, the differences grow again ...

When we test road properties on the ice-covered test track, the differences grow again and it is clear that the studded tire has lost its sharpness. Where the used Nordic studless almost performs as well as its new cousin, the used studded tire loses much of its capacity. The experience between new and used is like night and day - from safe, fast and predictable to cord-prone, difficult to handle and clearly slower. The used Nordic stud-free is better than the used stud. Partly in the feeling that is conveyed and partly in the lap times that the tire performs. At the same time, the used studded and used Central European perform at almost the same level. The difference between them is negligible and this underlines our statement - the stud is a fresh product.

On the snow track, the results from the brake tests are repeated, the differences in performance between new and used are small. The Central European loses the most with its five percent, the dubbed four percent and the Nordic studless only one percent. There is thus no doubt that the studded tire ages faster and loses performance to a greater degree than its studless alternatives.

Facts about the winter tire test
The brake tests are run on prepared tracks, this time in Ivalo in Finland. The ice rinks are not completely shiny but a bit rough. Terribly slippery, but not shiny. For each new test tire, the driver moves the car slightly on the track so that the same track is never used twice. 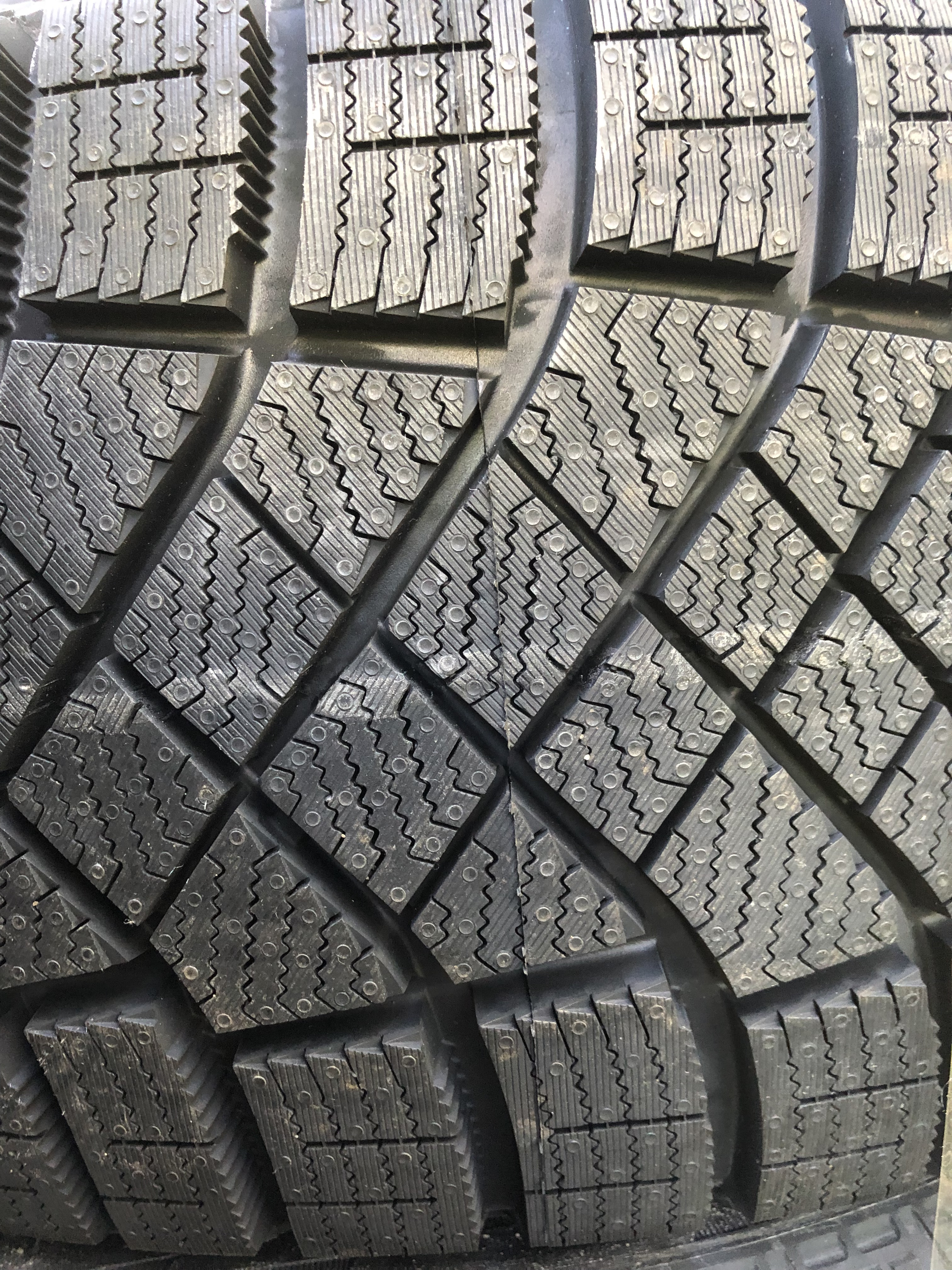