Intel's CEO Just Sold a Lot of Stock
Pay attention to these transactions.

On Nov. 29, Brian Krzanich, the CEO of chip giant Intel (NASDAQ:INTC), reported several transactions in Intel stock in a Form 4 filing with the SEC.

Most of the transactions involved Krzanich exercising employee stock options (these options allowed Krzanich to purchase Intel shares at prices significantly below where they are currently trading) and then immediately selling those shares that he bought at a discount on the open market. 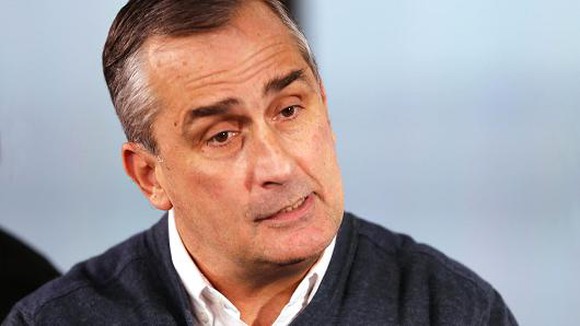 There's nothing wrong with, or even unusual about, such transactions. Company executives, and even some employees, often receive either stock options and/or restricted stock units (RSUs) as part of their compensation packages, and at some point, the recipients of such compensation are going to want to turn it into cash.

What's interesting, then, is that before Krzanich made any of the transactions that he reported in his most recently filed Form 4, he held 495,743 shares.


After the options exercises and subsequent sales (which left Krzanich's position unchanged at 495,743 shares), Krzanich then made two more transactions: a sale of 242,830 shares and a sale of 2,913 shares, with each transaction happening at an average price of $44.555, per the filing.

Those two transactions left Krzanich with exactly 250,000 shares -- the bare minimum that he's required to hold as CEO.
Napsauta laajentaaksesi...

Parhaat nuo kommentit:
"There's nothing wrong with, or even unusual about, such transactions."
"insider selling isn't always a red flag."
Jep jep.

”This small patch, to the Linux Kernel, is the most epic burn on @intel by @AMD.

Paraphrased in English:
"If the CPU isn't AMD, assume it's not secure."”

”AMD processors are not subject to the types of attacks that the kernel page table isolation feature protects against. The AMD microarchitecture does not allow memory references, including speculative references, that access higher privileged data when running in a lesser privileged mode when that access would result in a page fault.

Disable page table isolation by default on AMD processors by not setting the X86_BUG_CPU_INSECURE feature, which controls whether X86_FEATURE_PTI is set.

"PS: It appears 64-bit ARM Linux kernels will also get a set of KAISER patches, completely splitting the kernel and user spaces, to block attempts to defeat KASLR. We'll be following up this week."

prc sanoi:
"PS: It appears 64-bit ARM Linux kernels will also get a set of KAISER patches, completely splitting the kernel and user spaces, to block attempts to defeat KASLR. We'll be following up this week."

Another long overdue improvement to the page tables is the Processor Context ID (PCID). The PCID is a field in each TLB entry that associates a given page to a process. Previously, Intel’s TLB could only contain entries from a single process and whenever the CR3 register was written (e.g. a context switch), the TLB was flushed. The PCID lets pages from different processes safely inhabit the TLB together, so that CR3 writes no longer flush the TLB.
Napsauta laajentaaksesi...